The King Oyster mushroom, also known as the King Trumpet mushroom, is a commonly cultivated mushroom originally discovered in the Mediterranean regions of Europe and the Middle East. They are most commonly found at the bases of dead trees or decaying logs – unlike most varieties of oyster mushrooms they can also be cultured on organic waste. King Oyster mushrooms have a thick meaty stem and small brown caps making them an excellent meat-substitute in many dishes, especially as faux-scallops.
Products Available in:
Buy Now 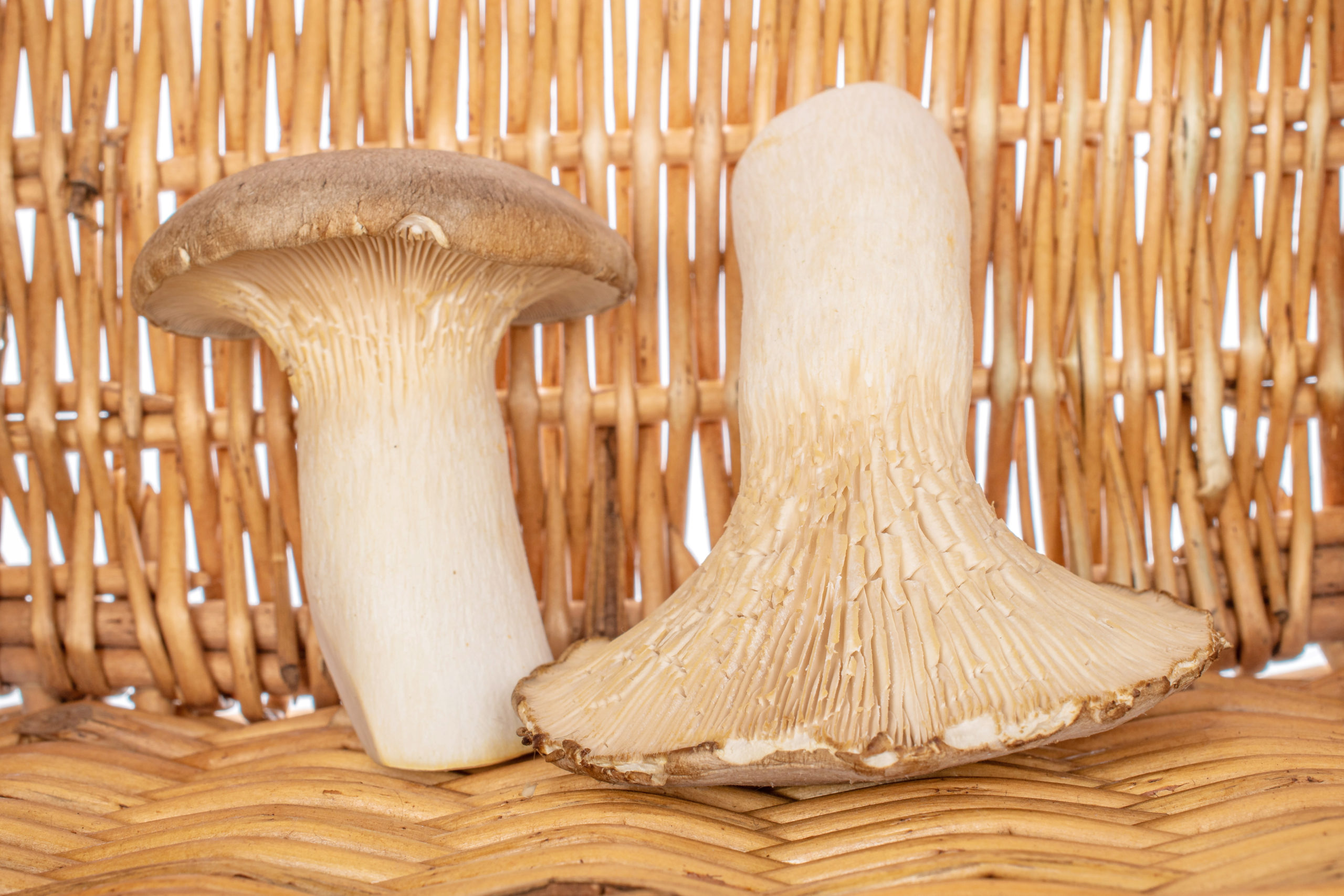